The Deal with “Rachel Meets Ariane” 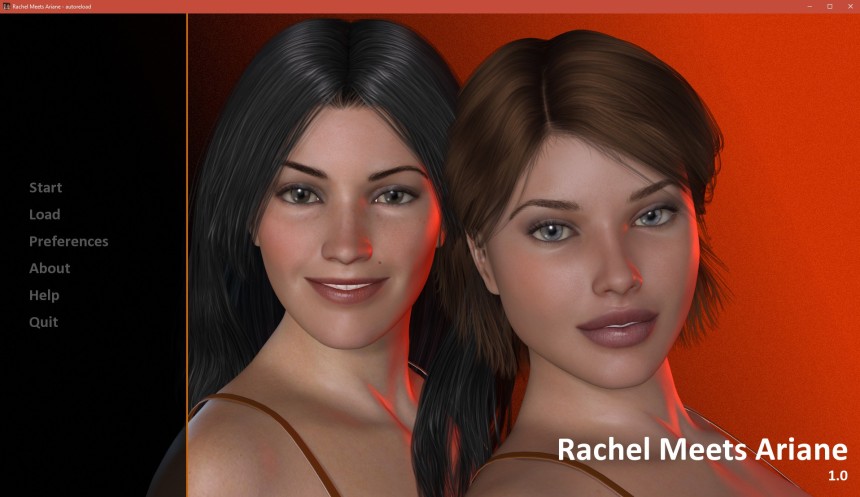 Bottom line is this: I will not be releasing Rachel Meets Ariane The Game anytime soon, possibly never.  The good news is that the online story will be more complete, and a part 5 is coming, maybe a part 6.

The Rachel Meets Ariane game has always been nothing more than the Rachel Meets Ariane story I have been publishing in serial form for the last couple of years, but complete and with some minor added choices along the way.  The “game” version was just the same story but presented in a different format that emphasizes the pictures.

I was planning on putting it into game form because online you cannot view the full size art work properly. While the last two games had over 1000 images each, this one has less than 200. No sound or music and no animations, just an illustrated story.

People seem to be under the impression that this game was going to be all new. It was always going to be a rehash of older material, and I don’t want to mislead anyone.  Also, putting out another “game” is a lot of work, and there will likely be demands for different versions for different devices and different languages. Keeping the material “online” makes everything a lot simpler.

I came to this decision this week while trying to finish the game. The whole project has been experimental, and I am not sure the experiment worked. I have very limited experience writing stories of any sort, and I wanted to challenge myself in writing a longer narrative.

I was trying to finish “Part 4” which my idea was to have choices leading to 3 possible endings. I was writing a draft of the third ending — an ending that is supposed to conclude Rachel’s arc — and it was not working at all.  I was trying to squeeze too much detail into too short of a timeline.

After thinking long and hard about the narrative problem, I decided that the story works better in serial rather than in parallel. So path 1 will be the only path, and path 2 will be rewritten to be tacked on to the end, and the incomplete path 3 will either end the story, or take it in a new direction. 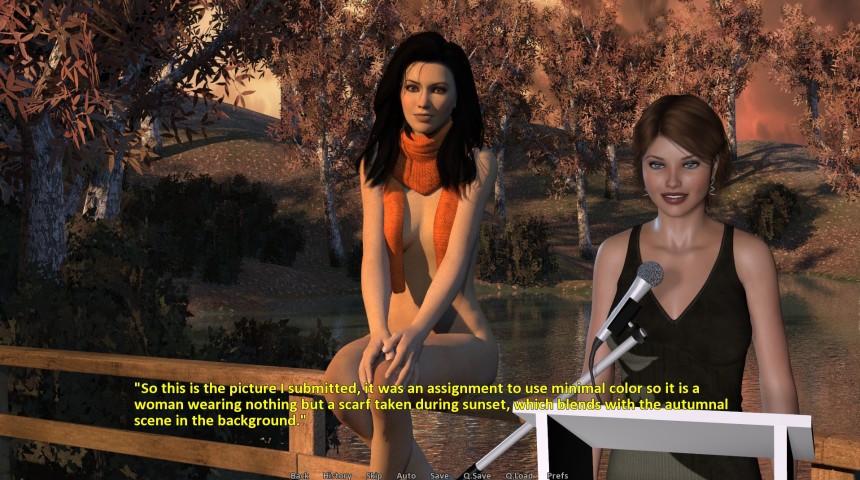 So, I just published the official canon “Part 4: Rachel and Ariane go to the Top Club” that is shorter and less complicated than the draft I released prematurely last winter and ends on a nice little cliff hangar.

I also updated parts 1 and 2, correcting grammar and spelling errors. Part 1 was written in the past tense before, I corrected it.

I will repost the multiple ending material I released before for part 3 as soon as I am able to convert the original HTML pages to WordPress format so you can once again see all 10 possible photos Rachel took of Ariane in the fall.

I’ll bounce the soon to be released Part 5 which takes place over Christmas and New Years off the end.

Sorry to disappoint about the game. Ultimately, This plan will work out better.

I just finished updating the Rachel and Ariane pages.

2. The Rachel Takes Ariane’s Photo page now has all the original choices, meaning there are 12 different versions which you can read by making choices for Rachel.

3. All of the pages, including the 12 different versions of part 3, now have a gallery at the bottom, where you can see the full sized 1960×1080 versions of the pictures used in the story.