Second Life Given Back to the Role Players 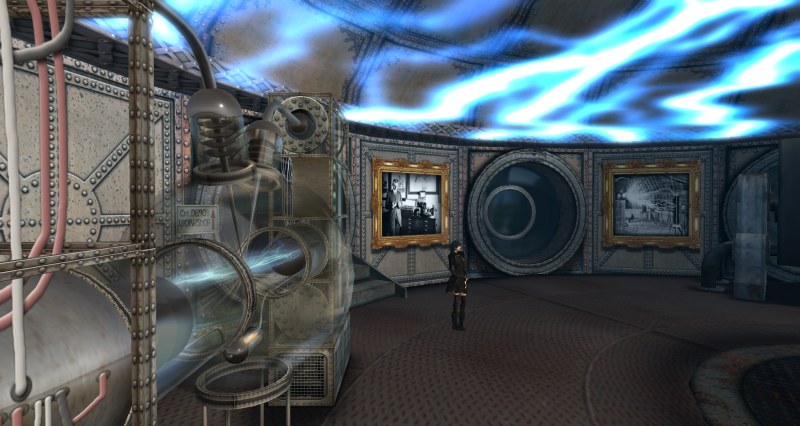 So I spent a  fair amount of posts devoted to what seems to be a battle of “visions” going on in Second Life.  A string of posts starting with this one I wrote a year ago.  I have written so many I just decided to create a new sl visions tag. Click to see all the related posts.

So here is the story in a paragraph.  There have been three competing “visions” of what SL should be: The role-player vision, the merchant vision, and the 3D Facebook vision.  Since the resignation of the last CEO Mark Kingdon, the temporary CEO Philip Rosedale has systematically disassembled the 3D Facebook vision, largely because it is unworkable (as I predicted).  Because of the resources spent, changes requested by the merchants have not only not happened, but actually they are worse now.  Merchants continue to quit with profits way down.  That leaves us role players basically in charge, and if you have seen the latest re-design of the main Second Life page, you will see, that SL has recognized it as well.  We are back to “Your World, Your Imagination” again (though not in those exact words).

Now a lot has happened under the brief Rosedale administration:

Now many of these I am sad to see are disappearing, while others I say good riddance.  What they are doing is simplifying the whole thing.  Simplifying, always a good thing.  The general philosophy is now a “hands off” policy, meaning they are giving us players more autonomy.

Meanwhile, check out where their current development efforts are focused:

Here is what they all have in common:  They are all good for us role players.  If you are in SL because you enjoy pretending you are someone else, whether that is a formal role player in a community, or an informal role player pretending to be someone you are not, then SL seems to be catering to you again, after a couple of years where they weren’t.

Here’s the cloud to go along with that silver lining.  Philip Rosedale has stepped down, and Linden Lab is once again looking for a new CEO.  Furthermore, there is good evidence that the remaining employees don’t really seem to “get” the whole RP vision thing.  Here is hoping they hire someone who does.  Unfortunately, I am not that hopeful.

So there are now two different visions left about what Second Life is, or should be. What vision you are apart of is largely based on what motivates you to play. I call these visions “role play” and “merchant” as a short hand way of understanding them.

We can all see that SL has plateaued, and will likely decline soon. This is very bad for the Merchants. It is possible that Mesh could revitalize the market, but I am leaning to the idea that it will radically change the market so much that it is unlikely to help the current merchants.

Most of us Role Players have accounts in other places, especially many open sim grids. When SL closes, we’ll probably spend a little time mourning, then we’ll be elsewhere.  Us non-merchant types will likely move on to Open Sim and start building there. Heck, a lot of them already are. Similarly the various role play communities would move and rebuild as well.

The Merchants don’t have many other places to go.  With no currency, no theft protection, no one to file a DMCA complaint to, the merchants have no desire to move to Open Sim, even if there were no SL.  The market place in SL is one of a kind, the closest is IMVU, and it is about a tenth of the size of SL.