Signs of the Economy in Virtual Worlds 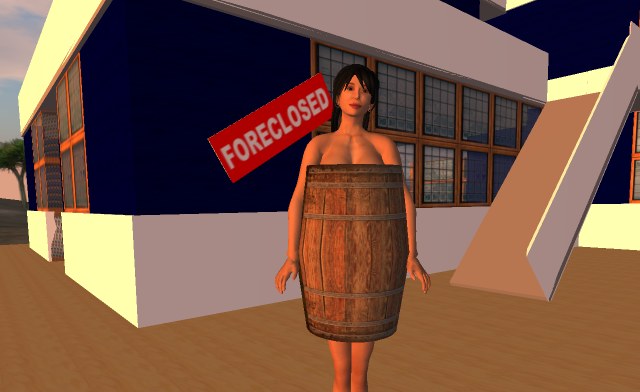 I predicted a year ago how economic troubling times would affect virtual worlds: Those profitable ones are likely to be even more profitable as people seek out cheap entertainment.  Those relying heavily on VC money will likely be hurting as VC money dries up.

The economy is apparently good enough in Entropia for someone to pay over $300,000 of real currency for a virtual night club in world.  Another night club made headlines a few years ago for selling for over $100,000.

Its not so good for Metaplace, the 2D virtual world preferred by the SL crowd for its flexibility in building.  Metaplace closed its doors to the public on Jan 1.

Also problematic is life over at Forterra, a platform provider that gets most of its money from military contracts.  They recently laid off more than half of the staff and are probably looking for someone to buy them out.  Their principle product, OLIVE, is a nice flexible 3D platform with text, voice, and video capabilities that runs on inexpensive computers.  Their lack of success lately is probably due to stiff competition in the platform market: Unity, Torque, Multiverse, and Open Sim are all available for cheap or even free.

Meanwhile, Blue Mars is slowly adding user created content and additional features.  Recently the makers of the steampunk region Caledonia in SL have built a city in Blue Mars.  I wonder if anyone has done a “Mirror World” of a virtual world before?  (I’m pretty sure it has been done, just sounds funny)

I foresee the next year doing the same thing.  Profitable Virtual Worlds will remain so, maybe even becoming more profitable.  Meanwhile I would not be surprised to see another 3 to 5 virtual worlds shut down operations.