Mortze, the graphic artists who does the work for the last 4 Elsa-verse games (see last post), release his own story in two parts last year. It is now complete and available for download. It is not available as an online game.

The story is set on a science vessel called Pandora, hired to do underwater archaeology in a part of the ocean that is supposed to be where the legendary lost continent of Atlantis is.  You play a young male college student from Britain hired to do engineering work on the diving equipment.  The ship has a fairly large number of beautiful women on this voyage, too.

Despite the cliche premise, the story is pretty good, and it is pretty linear.  While there are some additional scenes to unlock, there are no extra story branches to explore.

My biggest concern is the illustration of the main love interest Maggie, the daughter of the ships captain.  They make it a point to say she is just out of high school, meaning she is most likely 17 or 18, therefore age appropriate, but the 3D model used to represent her (Teen Josie form Daz3D) makes her look around 13 or 14, which felt a little creepy at times.

Chaotics games continue to go with a traditional plot: get the girl, but each game has gotten more and more sophisticated. Leanna is the latest and most sophisticated.

Leanna is the host of a local news show. On screen she is friendly and likeable.  Off screen she is arrogant and self centered, and hard to get along with. Your job is to make her likeable before you and her appear on a game show together as a couple. 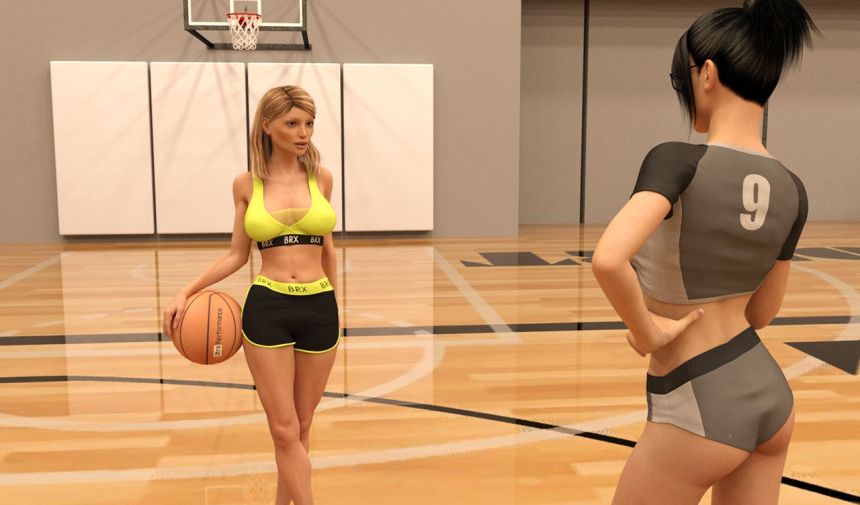 The challenge is in what you say to her. Many times you are given responses. One of which will make her like you more, another make you like her less, and yet another (and these are the hard ones to figure out) will humble her and “break down the facade” she has built to push everyone away.  Advancement in the game requires you to both make her like you and lower her facade, which requires a balance to your responses.

There is a secondary story branch of trying to reunite Leanna with the original “friend” she was supposed to take on the game show before she abruptly quit.  I actually haven’t completed that one yet.

I love the graphics in this game, Chaotic’s usual humor is here, and the game proved to be a bit of a challenge.

Added benefit: The latest version of this game allows you to play as a male or female, with different gender appropriate sex scenes depending on your choice. 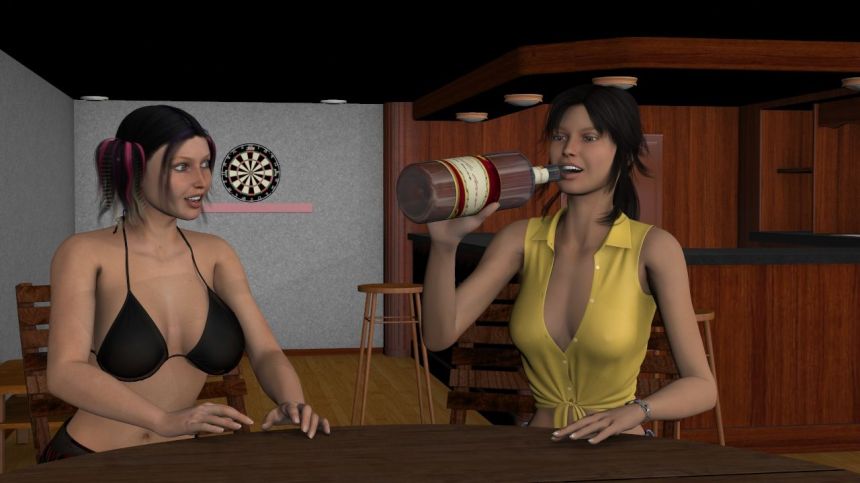 April and Violet is a Members Only game. It is an indirect sequel to Betsy, a free game I reviewed before.  Betsy was a nice prim and proper conservative high school girl that wanted to be more open and confident. If you played that game, you met two other girls, the wild and crazy Violet, and the often mean but misunderstood April. The sub plot of that game (if you chose correctly) was for April and Violet to end up a couple (they are both bisexual).

The sequel involves you driving to California, and needing a place to stay, you end up in a crappy roadside motel that April and Violet have also managed to find themselves staying at.  Weird twilight zone stuff happens like all of the gas disappearing from your cars, and hiking into the next town reveals a ghost town that recently was filled with people.

The solution to these mysteries is silly, and involves a chainsaw, but then this whole adventure plays like a stoner comedy where weed is replaced by casual sex and booze.

Like many other Chaotic games, you can pick your gender, making it a crazy girl getaway, or play a male stuck in a hotel with three sex crazed girls.  Oddly, I found the female/female sex scenes to be better animated than the male/female ones.  There are also two skin tones to pick from.

What did you think of these games? Got any suggestions for me to review?