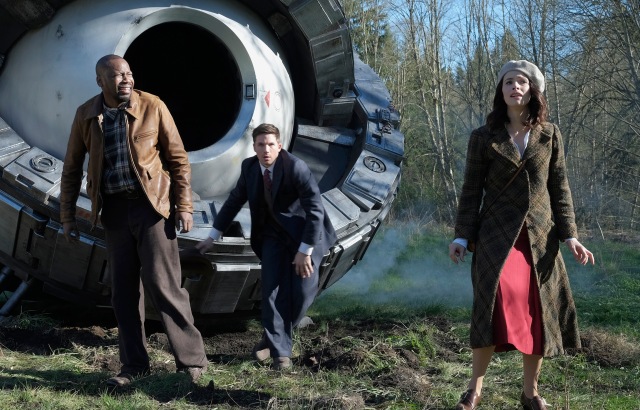 It has been a while since I wrote anything, because there is a lot going on and I have other projects to work on, and really I have not thought of a good topic to write about.

Despite decent acting, writing, research, and production values, Timeless is quite possibly the worst time travel show ever conceived. It’s motivations are unknown, its “rules” are absurd and inconsistent.

Are they trying to fix the past like on Voyagers? If so, they are doing a very poor job of it. There is also no explanation of their movement in space as they travel.  One episode in New Jersey, another in Washington. Every other time travel show sticks to the convention that you don’t go anywhere when you time travel.  The exception being Doctor Who’s TARDIS which takes the position that travel in time and space means different planets and galaxies, too.

Not knowing the motivations mean we cannot understand the characters mission, or whether or not they accomplished anything. All we know is that they are making changes to their present but only the time travelers realize this, so there is no motivation from anyone outside the time travelers perspective to correct history, ultimately making the shows premise pointless.

I have been intrigued by time travel stories all my life. Every story has to address certain rules and establish a motivation for time travel.  The biggest of which is: how does changing something in the past affect the future? and how do you deal with paradoxes?

The most common is “time is always set in stone”: In this scenario, if you go back and change something, you later find out you were always supposed to go back and make that change. Your actions are always a foregone conclusion. These are the rules of Star Trek and Quantum Leap.

The second most common is “changing the past to make a better future” or the Back to the Future/Terminator rules: Making changes to the past will affect how the future plays out, and you can improve or ruin the future by the changes you make. Any changes you make basically creates a new alternative timeline, and you can even erase people from existence.

Back to the Future allowed time travel back and forth so you can see the consequences right away, so you can go back and try again — assuming you did not erase yourself from existence. Terminator only had one way, so the time traveler never knew the result of their actions, but for all its faults Terminator Genisys showed the silliness of that theory as two warring sides trying to use time as a weapon can push agents further and further back in time to achieve their goals.

Some of these “changing the past to make a better future” universes like Doctor Who create rules to prevent history from getting destroyed. In Doctor Who, there are “fixed point” events that cannot be changed as they would destroy time if they are avoided.

That is why in a way my favorite time travel story is Continuum. The show starts on the premise of Terminator rules, that you can go back and change some stuff to prevent a bad future. But in reality there is another simpler rule in place: causality only works in one direction — past to future. It’s rules regarding paradoxes are even better: paradoxes happen so get over it.

On Continuum, stopping another time traveler from being born in the past does not erase them from existence, because they were already born in another time line. This happened at least twice on the show.

Even more bizarre, if you go back in time just a week, there are now two of you and you are both real. If the person who is supposed to go back a week fails to do so, it does not erase the second person. This also happened at least twice on the show.

The premise of the show is that a group of “terrorists” go back in time to prevent a dystopian corporatocracy, but because of their mistaken ideas about time travel, their actions are only creating paradoxes for themselves. 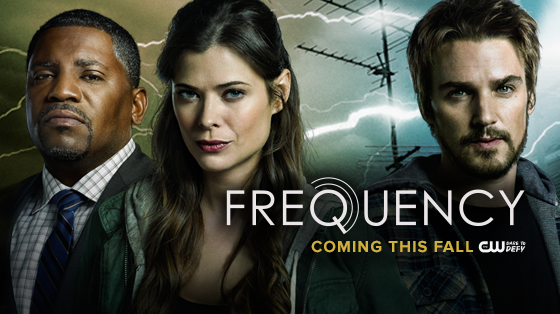 Which leads to the best new time travel show this season: Frequency.  Based on a 1999 Dennis Quaid and Jim Cavaziel movie about a radio that allows communication through time, no one is actually traveling in time but knowledge of an action and its consequences are.

The show uses Continuum rules: paradoxes happen. It is also tied to a specific time and place which makes the stories more personal so no mucking about historical events. They have only aired one episode at this writing, but it is so far my favorite new show this fall.