The Innovative “No Man’s Sky”

Just when I thought I was done talking about original and innovative games, No Man’s Sky comes out, which is very different than any game out there.

I got the PC version, whose launch was problematic. I got a pretty good gaming rig, and ended up with frame rate problems that plagued many players at launch. After updating drivers, disabling the steam overlay, and setting frame rate to “max” it got a lot better, but it still randomly freezes.  No doubt there will be patches to fix this stuff eventually.

But graphics problems were not the only complaint I heard. It seems a lot of people had a false idea about what this game was. For some reason, a lot of people thought the game was multiplayer.  Hello Games never said this, and no it cannot be. 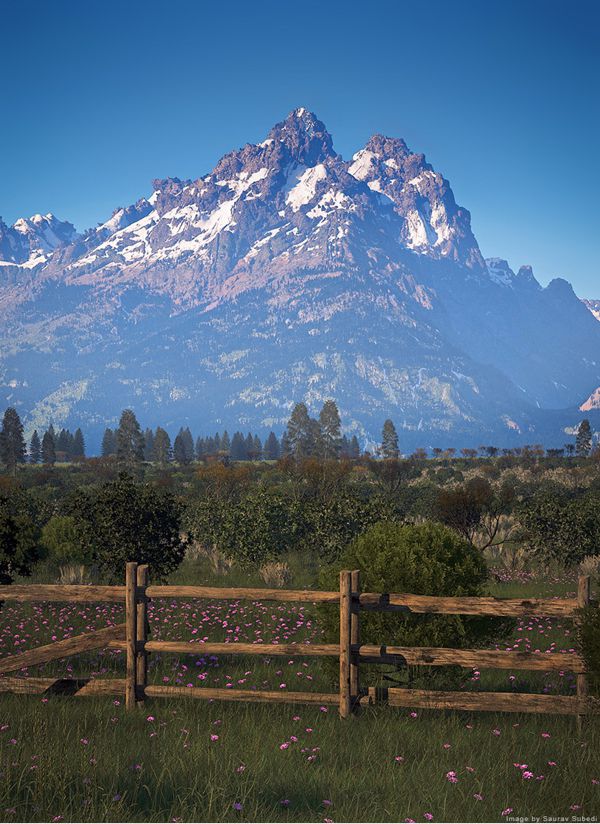 What is “Procedural Generation”?

Procedural generation is the use of random numbers to make all the decisions, then using a known infinite random number, say the digits of pi, to create the same world every time.

This technique has been around a long time. Back in my Commodore 64 days, there was a space trading game called Elite that used procedural generation to generate the galaxies, the planet names, and the prices of commodities between planets.

And its uses are not just for gaming, Terragen is a program designed to create natural 3D environments. Many game developers will use programs like Terragen to create new maps, then edit them to the needs of the game. This is how “natural” environments in games these days feel more natural: they let the computer generate the placement of trees and bushes and boulders and grass. 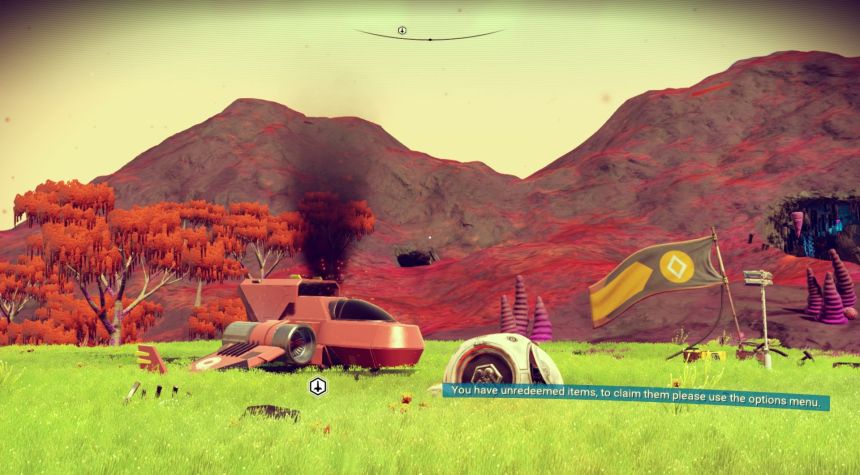 In No Man’s Sky, every system, planet, resource, rock, creature, ship, etc are all randomly generated.

I have been to 6 planets so far. My first might have been my best as it was awash with caves filled with resources. The problem was I had to repair a ship that required a material that was “15 minutes” out of my way to obtain. The terrain was rough though, so it took a lot longer than 15 minutes. I think I spent 3 hours on that planet before my ship was repaired. At least it wasn’t boring or toxic.

Some of the other planets I have visited were boring or toxic. I found one awash with materials I could mine to get rich, but it was devoid of life. Another one had vast oceans, but some of the resources I needed were at the bottom of those oceans.

Procedural generation means you never know what you are going to get next.

The downside it this: After a while it all feels the same. Every planet has the same resources, the same bases, the same types of creatures. Even after exploring 6 planets, I already know what to expect on every other planet: mostly just slight variations of stuff I have already seen.

It kind of reminds me of exploring Second Life. In the early days, I could venture out and see new unexpected things people built, but after a while every lot had the same popular props and lots became generic. 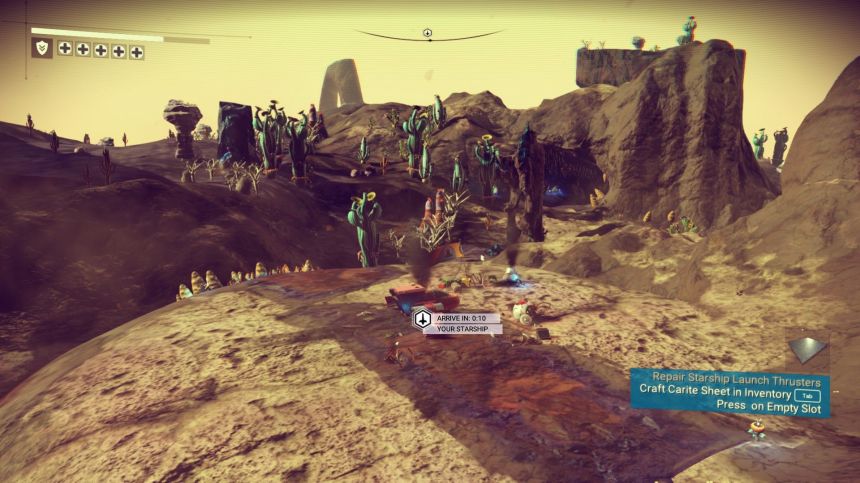 Leaving the game up to procedural generation simultaneously enhances the gaming experience while also limiting it.

On the one hand, you have the biggest “sandbox” game ever made.  On the other, there are no NPCs to hand out side quests.  There are a set of “atlas core missions” which you will be invited to on your 4th or 5th hyper jump. A guy who got his hands on the game early said he finished these missions in about 10 hours.

Before and after that, this is a game where you make up your own missions.  Make money? Upgrade your ship? Upgrade your tools? Learn alien languages? Collect creatures for the exploration bonus? Find another way out of the cave you fell into? Battle a swarm of sentinel robots you have somehow managed to piss off? Become a “space pirate”?

As someone who likes to add stuff to my character definitions and not always stick to the prescribed path, I find this somewhat liberating. Many traditional “gamers” find it frustrating and are already giving the game bad reviews.  This game is definitely not for everyone.

Even for someone like me who can appreciate the game for what it is, I doubt my obsession with the game will last more than a week or so and it will drop to “fun diversion” like The Sims and Guild Wars have become: something fun to play for a couple of hours.

Ultimately, my impression is mixed. As a game that shows me something new and different and original, it deserves an A+, but as a game with long term playability potential, it is about a B-. It’s better than most games where once you complete the main game there is no reason to continue, but not as good as MMORPGs where you can roll a new character and experience content in a completely different way.

Edit to add: I watched a video of someone finally making it to the center of the galaxy only to find all it does is teleport you to a new slightly harder galaxy.  In other words, there really isn’t an end game to this game. 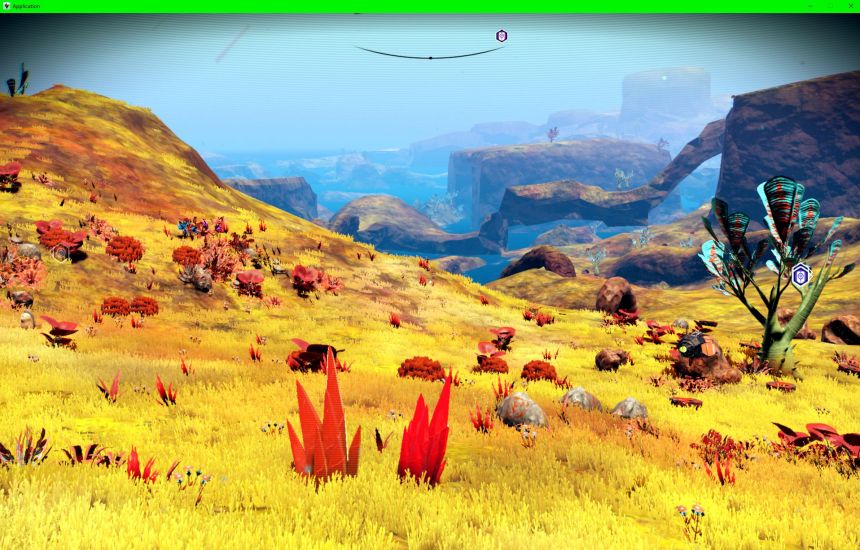 I enjoy exploring. I found a planet I really like, and have been spending all my time on this one planet. I’m working on getting my ship and exosuit up to 48 slots, though for some reason I have yet to find ways to get better multi-tools.  I’ve unlocked over 100 Gek words.

Knowing there really isn’t much to do in this game outside of exploring puts a damper on my interest in venturing further.  It’s lack of an endgame means I probably have to give an overall grade of around “C”.  The game is not for everybody, and if it does not sound like a game you’d enjoy, I highly recommend waiting until the eventual price drop.