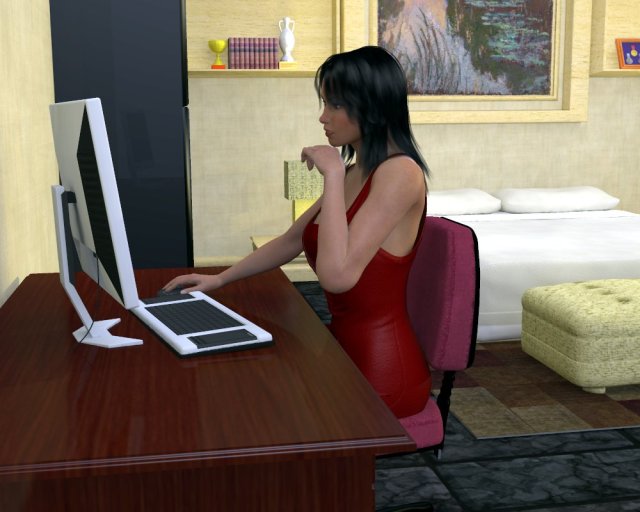 Many major ISP in America seems to be talking about hard data caps. It seems to be a rather odd coincidence (meaning that it isn’t one) that this seems to all be happening in many ISPs all at the same time, like it is some coordinated effort or something.  The reasons are many but here’s the bottom line:

This is all about TV.

TV is dying, its old tech that some are saying will be history by 2030. Traditional Cable TV is the first on the chopping block. Almost every cable company is converting to “all digital” which basically means they will go from traditional cable to IPTV.

Traditional Cable TV feeds all the 500 or so channels through a cable at different frequencies that your tv tuner can pick up and display. On the other hand, IPTV “live streams” all the channels the same way internet “live streams” video, and an IPTV “cable box”is just a dedicated computer that serves the live stream to your TV.  In other words IPTV is just a dedicated function of your internet connection.

The most popular IPTV services in the US are AT&T Uverse, Verizon Fios, and CenturyLink Prism TV. They all use Internet to provide TV.

Now all the major cable companies are dumping their old traditional cable service and converting cable to a pure internet feed as well, thus distributing all the channels through the internet and becoming IPTV themselves.

The upshot is that there will be more dedicated internet bandwidth on cable internet service. The downside is that you will have to “rent” an IPTV “cable box” to watch TV. Hooking a cable directly to your TV will no longer do anything.

Current IPTV services are renting boxes at between $8 to $12 a month for each TV in the house.  My cable company which is just converting to IPTV wants to charge me only $3 per month per TV, which will no doubt be going up in years to come.

The FCC wants to allow customers to use any cable box they want including their own PCs or gaming consoles to do away with the rental fees. IPTV and Cable TV companies are fighting rule changes like this big time, as it means a major loss of revenue.

I’m glad I cut my cable a long time ago, and I am not alone. But to Cable companies “cord cutting” is an even BIGGER loss of revenue, which IPTV providers are fighting with a new tool:

Almost every ISP in America has data caps*. This has been the case for many years. ISPs generally don’t want to discuss them because it makes customers mad. Data caps on cell networks are a necessary evil because cell service has limited bandwidth and it is expensive. High data users can slow down everyone cellular data service.

Data caps on home wifi make anyone who has paid huge data overage charges upset, so ISPs haven’t been talking about them. The only time they enforce them is when super heavy users download and upload huge amounts of data each month.

But ISPs, especially those that provide TV service (which is practically all of them) are publicizing them more, and keeping track of them. BUT (and here is the big kicker) ONLY on customers that DO NOT ALSO have TV!

When trying to explain their reasons, they will point out that IP based TV uses internet bandwidth and thus TV watchers would hit the data cap on a regular basis.

So really, the data cap is only directed at users of Netflix, Hulu, Amazon Live, and HBO Now, etc. which provide alternatives to IPTV at much cheaper prices.  Only cable cutters are affected by data caps.

If you don’t like it, you can sign up for TV, or pay an additional monthly charge (usually around $30 a month) for unlimited home internet data, or upgrade to a “business” level account.

But before you start counting your pennies to get “unlimited” data, figure out how much you actually use.  Oddly ISP’s seem to be stingy with actual usage data, but you know you will get that data if you start to get close to going over.

ISP’s are currently setting these data caps really high by TODAY’S STANDARDS, that is to say that even families with large numbers of internet users in the household are unlikely to hit the data caps that are being currently set (on average 600 gb on 24 mbps broadband).

For now, only the gullible and paranoid will shell out the extra cash for “unlimited”, when less than 0.05% even need it, so that’s free money for the ISPs.

And what about TOMORROWS STANDARDS?

By setting cap limits so generous it is likely not going to generate many complaints to the FCC, and that is exactly the way ISPs want it. FCC complaints mean regulation, which is why filing complaints with the FCC is probably a good idea.

But what happens in the near future with 4K streaming? or 360 degree virtual reality streaming? or ever more complicated MMORPG streaming? or stuff we haven’t even thought about yet but uses a ton of bandwidth?

Data caps could become a serious costly burden on customers in the near future. The internet is our economy, and for many their livelihood depends on it. ISPs should not be allowed to tax economic progress.

*Verizon’s Fios cap is significantly higher than most others, high enough that there is practically no cap, but that hasn’t stopped some Fios customers from getting notices.

3 thoughts on “What ISP “Data Caps” are REALLY all about”