The above picture is the oldest picture from the oldest version of Date Ariane. The modified date is listed as August 6, 2004.

As I was finishing the Renpy version of Date Ariane, I decided to dive into my archives and attempt to play the oldest version I could find.

It wouldn’t run on any browser, not the way it is supposed to anyways. The game was written for Internet Explorer 4 using some HTML coding that only worked on IE4. Over the years I updated the code to run on as many browsers as I could, but the first version is now completely obsolete.

It gets worse: Date Ariane was written using Microsoft FrontPage which basically has ceased to exist. This week I upgraded to Windows 10, and FrontPage loads on Windows 10 but it is unstable. I have been forced to switch to KompoZer, a nice open source HTML editor, but I can’t mass edit a thousand web pages at a time which makes further upgrades to Date Ariane Online version way more difficult. Besides that browser security issue is already a reason to throw in the towel and stick with Renpy version from now on.

But it is a little sad that a piece of my history, a “work of art” I created, is likely lost to the future.

I’m not the only one facing unplanned obsolescence

Obsolescence is becoming an issue on the web now.  Recently security flaws were found in Flash Player, one of the most used programs on the web. You Tube, once the biggest supporter of Flash has now basically stopped using it. Worse yet, Mozilla turned off Flash by default until Adobe released a secure version, which they have now done, but who knows how long it will last.

So now as the world scrambles to move to HTML5 or some other substitute to flash, what happens to the millions of flash based videos, and online games which someday soon may no longer run?

Preservation efforts for the internet?

We humans like to preserve the past.  There are whole industries devoted to film preservation thanks to the unstable nitrate most of the old films were originally filmed in. More than half of the movies made before 1950 no longer exist.

This is why film gurus get excited about discovering a lost reel to a classic movie thought lost.

Similarly we are slowly losing our musical heritage as most master tapes before 1990 or so are on a medium which also degrades over time. Most all of it has been digitized, but many music gurus will tell you music is better in the original analog, and the original analog sources are decaying.

We see it also in video games. Many of my old games will no longer run on my computer, and the ones that do run in a tiny 800 x 600 window, since that is how they were designed. Some classic games like Age of Empires II or Leisure Suit Larry, have gotten the HD treatment, but hundreds never will.

Will much of the internet content suffer the same fate?

Yes, I know about things like The Wayback Machine which archives lost text and picture content, but what will preserve online games? 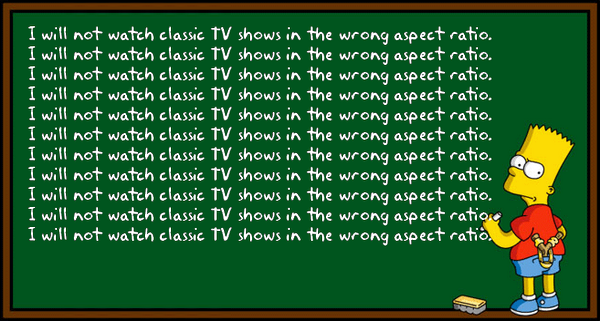 When the medium by which we distribute content changes, it becomes necessary to find ways to bring old content to the new medium. Entire libraries are being digitized, although paper books have largely proven to be a resilient medium, sometimes finding that rare volume is a lot easier online.

Except that “mediums” themselves are radically changing every few years it seems, so we are constantly having to convert, especially as popularity wanes in the old medium.  Sometimes we lose some things in the conversion, even as recent as Buffy the Vampire Slayer and The Simpsons.

Communication mediums eventually get replaced, by better mediums that we all convert to.  But in so doing we lose some of the “art” of the old medium.

Here is one I bet you didn’t see coming: Apparently Twitter is dying.  Yes, one of the most popular web sites on the planet is seeing a sharp decline in active users.

My solution to fixing it is pretty revolutionary: Drop the 140 character limit.  We can thank twitter for the abundance of short link generators. Those links leave Twitter and go to other web sites that allow long essays. Why can’t Twitter users write long essays on Twitter itself and have it show up as a title with a “read more” button, instead of a link to another site?

Yes, I know the 140 character limit was what made the site famous, but the novelty has worn off, and prevents people like me who can’t write in 140 characters to not even bother using the site.

If twitter dies then so does the hashtag. (Yes I am aware that other sites support hashtagging, but they also support other types of tagging, which are more useful except they can’t be printed on a t-shirt)

That’s a whole chunk of internet culture lost if it happens.