Finishing Up One And Starting The Next 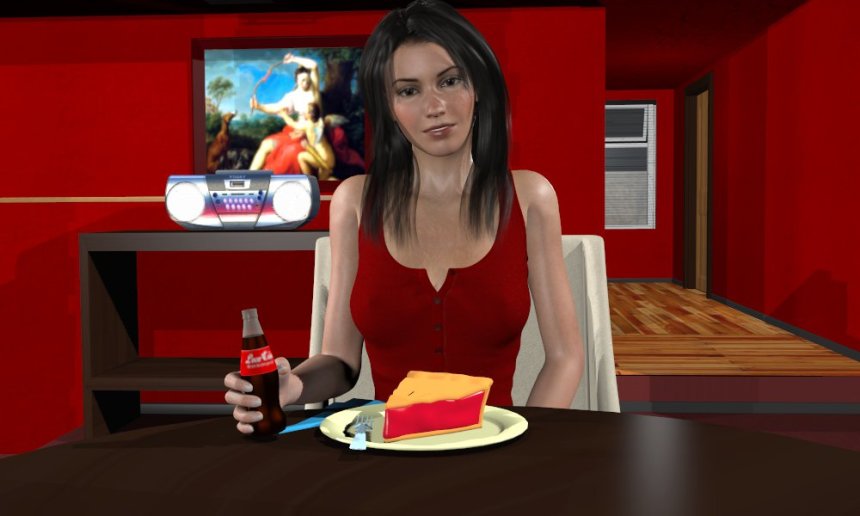 One last thing I wanted to do with Date Ariane was create some official walkthroughs. There are a couple of unofficial ones out there designed for Classic Date Ariane, but I decided with the changes I made they are going to be out of date.  So I started posting walkthroughs at arianeb.tumblr.com, coming up with 24 that will pass through all 53 points of interest in the game.

I then created a page you can go to on my website: https://arianeb.com/walkthrough.htm containing links to the 24 walkthroughs as well as an alphabetical index of the 53 points of interest and where to find them.

One of the reasons I did these walkthroughs, besides the constant questions I get of “how do you do this?”, was to make sure every aspect of the game works correctly. I did find a handful of bugs, nothing major, but the walkthroughs will work best if you download the game again or use the online version. 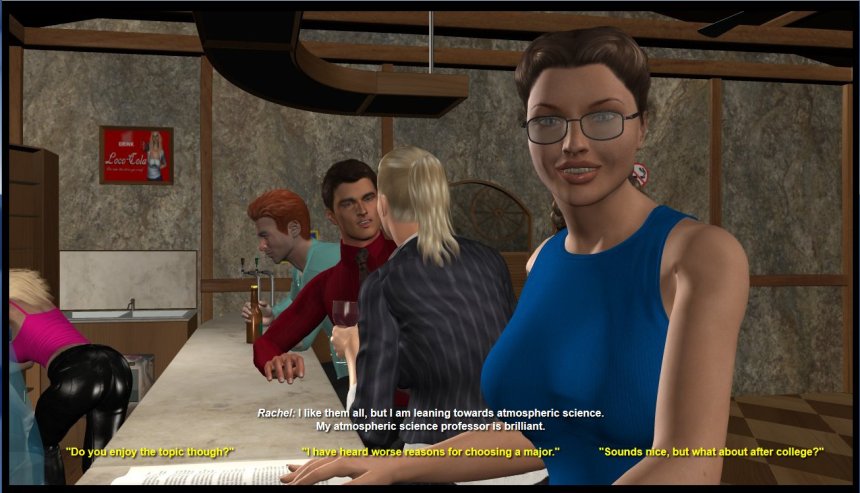 Experiments for the next game

Another thing I did since finishing the game update was try out Tlaero’s Adventure Creator which is a tool designed to quickly and easily create the hundreds of html files needed for a dating sim type game like Date Ariane.  I wish I had this tool before, because it would save me a lot of time and effort. Version 5, just released, creates pages which will highlight hidden picture links so you can play these games on tablets.  Again, something I wish I had earlier.

That’s the problem with being a pioneer in the field, you don’t have access to all the cool tools that are developed later.

I tried out the program, first by doing some of the tutorials, and then by trying to create an HTML version of the Rachel portion of Something’s In The Air.  I think the experiment was a success in that I learned that converting a Renpy developed project into HTML simply involves a lot of copying and pasting between a Renpy editor and the Adventure Creator. Graphic Puzzles are not so easy to convert as the scripting is in two different languages, but because the Rachel portion of SITA does not involve any puzzles like that it shouldn’t be difficult to convert it to online.

Why would I want to convert it to online?  Popularity.  It took a little over a year for SITA to reach 100,000 downloads. In the past year the online version of Date Ariane has been played by around 1 million unique visitors.  Download reaches about 10% of what online does, a figure more or less confirmed when comparing online virtual worlds with ones you have to download a client first.  Habbo, an online virtual world in 2D, gets 10 times the traffic of Second Life, which is in 3D and requires a client download.

I only finished about 10% of the conversion so far.  I’m mostly doing it as proof of concept.

That concept being that Renpy is easy to develop games in because everything is laid out in a nice script, but once developed I can fairly easily convert it to HTML using Adventure Creator for online play. The download version would be the Renpy game which you could play without having to do stuff that breaks your browser’s security as it would be a stand alone game.

I’ve been thinking a lot about what my next game would be like. I’m still thinking, actually.

The first concept I thought about and was actually planning to do (hence all my references to a Rachel game being next) is Rachel’s Fantasy Dating. The game would be played from Rachel’s point of view as she goes out with different people.

In SITA, I established she has a fetish for fantasy, so she goes on what seem like ordinary dates, but then she starts to imagine a fantasy scenario to make the date more interesting. Because you are seeing the date from Rachel’s perspective, the costumes and settings would suddenly change to fit the fantasy. The challenge would be to get your dates to play along instead of sit there very confused.

The first trouble with the concept had to do with this being a date simulator of Calvin and Hobbes. The scenarios would be difficult to write as I spent months and could only come up with two: a lake boating trip turns into a pirate adventure, and a particularly awkward date suddenly becomes an alien in Rachel’s eyes.

My next concept I imagined was an Ariane part 3, that starts where SITA ends: You and Ariane are on a trip together on a tropical paradise. I like the idea of taking Ariane somewhere exotic where nudity is not a big deal, and a new location might get Ariane to be more sexually adventurous.

Trouble with the idea came when I tried to come up with a conflict. Without conflict, the game would just be a bunch of tropical vacation slides.  The only thing I could think of is Ariane’s fear of relationships has her undermining the relationship throughout the trip, your job would be to try to get her to stop and prove you are the one for her.

It is a good idea for drama’s sake, possibly involving probing Ariane’s psyche to get to the root of her fear of relationships. That’s a pretty dark concept and I learned my lesson in SITA not to mix Ariane and dark concepts. Bottom line I would not have fun making a game like that, nor do I think many would like playing a game like that. Maybe once for the sake of the story, but there is no replay value.  Moving on…

My third concept is “Date (someone else)”. Create a new character and create new activities.

The biggest problem here is “What activities?” because there is very little I have not already done in either DA or SITA, so I would just be repeating myself a lot.

But I think I may have found a solution to this one: What if I set “Date (someone else)” in a future where the world is a different place? I could throw in a bunch of sci-fi concepts I have brewing around in my head as well as pick and choose concepts from many of my favorite sci-fi books and shows. Borrowing from the “Rachel Fantasy” concept, I want to make the game 3rd person as you play from the heroine’s perspective, and borrowing from the “Ariane 3” idea, I could make nudity and sexual openness part of the culture as well. I could also make up a bunch of new activities that are not possible today thus mostly avoiding the self repeats.

Here’s my first concept render for a main character and special tech clothes: 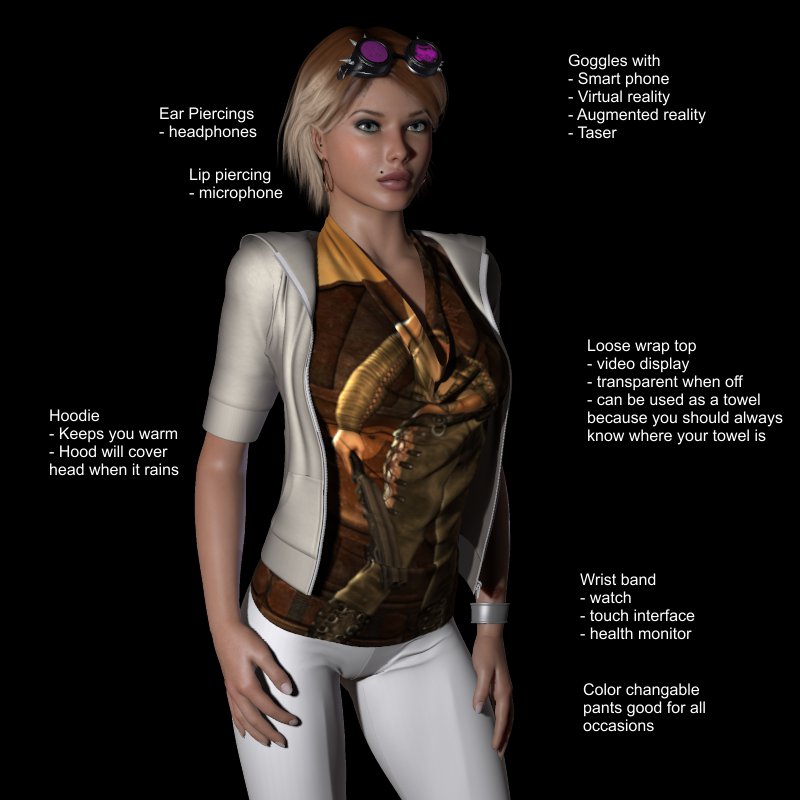 It’s a start, one that I am considering as I try to come up with enough ideas and stories and puzzles to make a game out of it. I’m not even sure if it will be an actual dating sim or more of a classic adventure type game, guess I’ll see how it plays out.