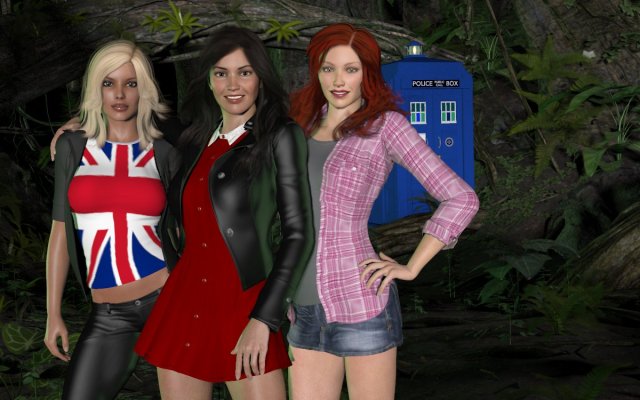 Something’s In The Air is one year old this week, at least the open beta is. Combined Beta and 1.0 downloads has reached 93,000.  I recently did a new play through using my tablet PC, and only found two minor bugs.

I plan to do a 1.1 version once the Date Ariane update is done, at the very least just to update the Date Ariane pictures that appear in SITA. I also want to include a way to enter text in game, so that it can be played on a tablet, then release the long promised android version.

In the mean time, the girls of SITA are trying a little Doctor Who cosplay: Rachel Spahr as Rose Tyler, Ariane Barnes as Clara Oswald, and Paula Brannigan as Amy Pond.