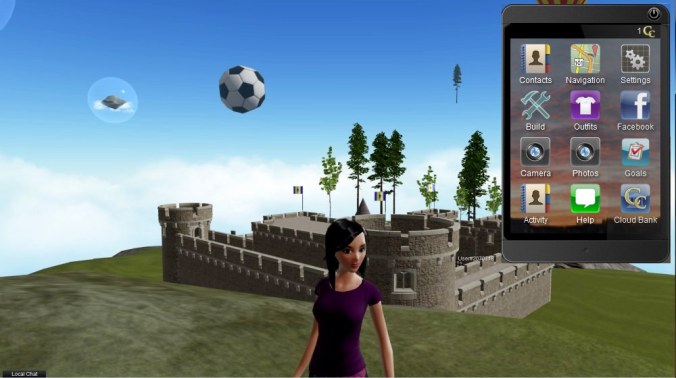 One of the things I have on my website is a list of 3D Virtual Worlds that I try to maintain.  Although I don’t play them much anymore, I have a few reliable sources I go to keep me up to date.

It has been about two years since I added a new program, and that program was Cloud Party.  This week I removed it, as well as Free Realms, and Moove.  Cloud Party got bought out by Yahoo!, and Yahoo! has decided not to keep it open.  Free Realms, a MMORPG designed for kids that also included virtual world elements like personal houses, is closing its doors too due to lack of growth.  I’m dropping Moove because no one seems to be using it anymore, and no one is supporting it. The web site hasn’t changed in 2 years.

A fair number of others are on their way out.  Information on Kaneva is sketchy, no twitter updates in months.  The virtual world side of Blue Mars seems to be already dead population wise, though the app side is alive and kicking. Playstation 3 Home is declining since the “Home”less Playstation 4 was released.

Some of the major ones are still doing well.  Second Life is still popular.   There.com still has an active community and still making a profit. IMVU is not advertising like they used to but still pulling in big numbers of users (just pulled up my client to check, 115,000 users online). My contacts inside Nuvera Online say its doing well, too. I am also still seeing continuing interest in Twinity.

In business, this is called a consolidation phase. The 3D Virtual World industry as a whole is declining, but the ones that are well established are growing as the less well established ones close their doors.

2. The rise of Free MMORPGs, which I have talked about before.  MMORPGs have basically adopted every aspect of 3D Virtual World play except user created content.  Maybe that is why Second Life, There, IMVU, Nuvera, and Twinity are the survivors — they are the ones with user created content.  If that is not important to you,  if all you want to do is meet and play and chat with other people online, the MMORPG’s now cater to those interests.

I used to think that 3D Virtual Worlds would eventually lead to a 3D internet.  I still think a 3D internet is possible in the future, but I don’t see it happening any time soon.  I expect more closures in the short term.

Meanwhile, there is hope of new things around the corner.  High Fidelity is going into alpha mode.  A Yahoo! based virtual world could be coming using the Cloud Party tech they just acquired.  Also a wild card in this is VR hardware like Oculus Rift, which will no doubt renew interest in all things 3D.

5 thoughts on “Is the Virtual World Dream Dying?”