SOPA will be the Death of the Internet 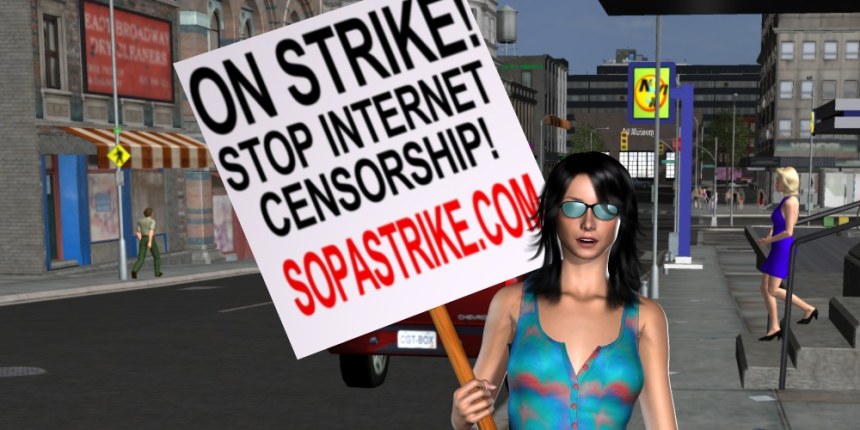 I have spent the last 15 years employed in the internet industry.  Not with one particular company, but with multiple companies, supporting pretty much every aspect of the web.  I did modem support, wireless support, search engine support, DNS support, domain name support, web server configuration, and I have run half a dozen websites, including forum administration, design practices, and kept 3 separate blogs on average 5 years each.  I have played every type of online game from the MMORPG to the ARG.  I think I know enough about the internet to be considered an expert.  So when I speak against the massive amounts of propaganda in favor of the “Stop Online Piracy Act” (SOPA), and say “SOPA will kill the Internet”, I know what I am talking about.

If you don’t know what SOPA is, start at Wikipedia, then check out the writing of Declan McCullough at C-Net.

If SOPA passes without a massive major rewrite, the collapse of the internet will start with the literal or pragmatical shutdown of some of the most popular websites like Wikipedia, You Tube, Facebook, Twitter, Tumblr, and Flickr.  I say pragmatical shutdown, because some of these popular sites will likely continue, but as gimped shadows of their former selves.  You Tube for example will likely only accept content from proven and advertising promoted sources.  No more video blogs, no more you tube stars, no more viral videos, You Tube will primarily become corporate content tube.

After the big name sites are effectively killed, the more underground sites like 4chan and something awful forums will be targeted by complaints.  Pretty much all private forums will be targeted, leaving only “official” forums as the only place for people to gather, and they will be heavily monitored for possible copyright infringing content. Second Life, IMVU and other virtual worlds that allow for user created content, will likely be forced to shutdown too.

What will the internet be like after SOPA?  Imagine a library filled with nothing but fliers, catalogues, and calling cards.  That will be the internet in a nutshell.  If content holders go crazy with copyright complaints, the only websites left will be sites belonging to companies with teams of lawyers, or advertising sites, or personal or organizational sites made by people who know how to build non-copyright infringing sites, none of which will have comment sections.  In other words, it will be boring.

There will be efforts to get around SOPA restrictions.  People in the know (like me) will change our DNS server pointers to foreign DNS hosts, and use foreign proxy servers.  Web sites will move to foreign web hosts, all in an effort to get around the “Great American Firewall“.  If the DOJ decides to start blocking these loopholes, it would break the internet completely, the IP protocol system would break down, and the reliability of the internet would be seriously harmed.

People not in the know, would simply lose interest in the internet, and will stop using it.  Internet providers, would lose billions in subscriptions, hardware builders would lose billions in sales.  One of the most recession proof industries, would go into a recession, at the cost of millions of jobs, including mine.  If that happens, I’ll surely pack my bags and get the hell out of the US, looking for a country that does not insist on up to five years in jail just for posting a video backed by a song you like.

What is the intent of this industry killing draconian monstrosity?  All they want to do is shut down American access to thepiratebay.org, and whatever sites try to impersonate it.  If that was all this bill did, I’d support it myself.  So why not just pass a law outlawing access to specifically that site and sites like it that ignore DMCA copyright complaints?  The DMCA take down process is a proven winner of a program for handling copyright complaints, and has led to the innovative internet we have today.  Why mess with perfection?

The problem is that the DMCA process is too much work for content owners like RIAA and the MPAA. They would rather force the job onto the websites themselves, or have the Department of Justice do it at taxpayer expense. That is the real issue with this bill, and that is why the internet community is so uniformly against it.  It is strange these days for a bill to get both bipartisan support and bipartisan opposition at the same time, but SOPA is generating that kind of divide.

The latest is that the pro SOPA people have made amendments to the bill in hopes of narrowing the scope, but the same critics are coming out saying the “improvements” are so vaguely worded that they basically do the same damage when broadly interpreted.

I’m watching SOPA as if my livelihood depended on it, because it does.

UPDATE:  Latest word is that the House has scrubbed a vote on SOPA, killing it for now.  Meanwhile, the Senate version known as PIPA is still alive and kicking.  On Jan 18, I’m joining a very large list of websites who are shutting down for 12 hours to protest in hopes of killing PIPA too.