In the last year, I wrote about government interference in the internet, and corporate interference of the internet, but there is another group that has to be acknowledged, the users themselves who often use illegal means to make money online.  This group is decentralized and located all over the world.  The internet is filled with fraud.

Hucksters infected 1.7 million computers with malware that remotely directed traffic to “spoofed” websites — “empty websites designed for bot traffic” that served up a video ad purchased from one of the internet’s vast programmatic ad-exchanges, but that were designed, according to the indictments, “to fool advertisers into thinking that an impression of their ad was served on a premium publisher site,” like that of Vogue or The Economist.

Some were sent to browse the internet to gather tracking cookies from other websites, just as a human visitor would have done through regular behavior. Fake people with fake cookies and fake social-media accounts, fake-moving their fake cursors, fake-clicking on fake websites — the fraudsters had essentially created a simulacrum of the internet, where the only real things were the ads.

Increasingly sophisticated scam artists are stealing millions from advertisers trying to get the word out to legitimate potential customers, whose ads are actually going to robots pretending to be interested customers.

According to New York Magazine where the above quote came from, about 40% of users on the internet are bots using a number of different schemes to steal advertising revenue.

It is not just malware, it is legitimate apps doing it too. 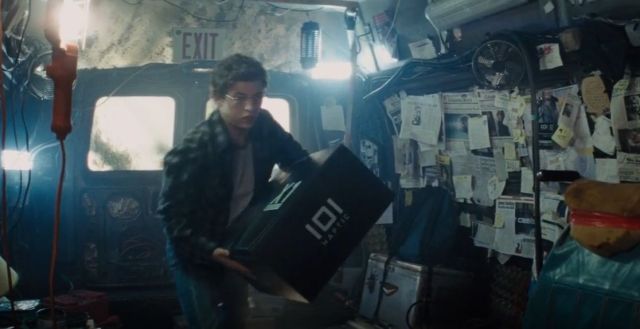 For sellers, Amazon is a quasi-state. They rely on its infrastructure — its warehouses, shipping network, financial systems, and portal to millions of customers — and pay taxes in the form of fees. They also live in terror of its rules, which often change and are harshly enforced. A cryptic email like the one Plansky received can send a seller’s business into bankruptcy, with few avenues for appeal.

Sellers are more worried about a case being opened on Amazon than in actual court, says Dave Bryant, an Amazon seller and blogger. Amazon’s judgment is swifter and less predictable, and now that the company controls nearly half of the online retail market in the US, its rulings can instantly determine the success or failure of your business, he says. “Amazon is the judge, the jury, and the executioner.”

Amazon is far from the only tech company that, having annexed a vast sphere of human activity, finds itself in the position of having to govern it. But Amazon is the only platform that has a $175 billion prize pool tempting people to game it, and the company must constantly implement new rules and penalties, which in turn, become tools for new abuses, which require yet more rules to police. The evolution of its moderation system has been hyper-charged. While Mark Zuckerberg mused recently that Facebook might need an analog to the Supreme Court to adjudicate disputes and hear appeals, Amazon already has something like a judicial system — one that is secretive, volatile, and often terrifying.

A recent article on The Verge called “Prime and Punishment” documented the cut throat underbelly of fraudsters undermining legitimate businesses using any tactics they can to get to the top of the search results.

This reminds me of the craziness that occasionally happened in Second Life‘s virtual marketplace for virtual items.  Every week new drama emerged on the forums of a new fraud attack. It comes with the territory of online sales.

But Amazon has become so big, they need more than just automated processes to settle billions of disputes.  It is making the worlds largest shopping site completely untrustworthy.

One could make the case that these are individuals using the site to be fraudulent to others, not the fault of Amazon.  But Amazon is far from faultless when it comes to being honest in business.  Just look at their underhanded fleecing of government in the “headquarters 2” debacle.  It’s like they are encouraging fraud.

The last week there were headlines about a version of the Facebook app that monitored everything you do on the phone.  They paid teens $20 a month to use it.  This violated Apple’s terms of service, prompting Apple to block Facebook’s enterprise license, deactivating all beta versions of Facebook app being used internally.

But it is not just Facebook, a day later Apple did it to Google as well.

In both cases these license revocations only affected beta versions of apps that might be released in the future, not the popular apps used by most people.  Apple determined that both companies were distributing these beta apps outside the company, and that is what triggered the terms of service locks.

Meanwhile, it seems every few weeks there are articles like this one about popular apps that do a lot more than what they are supposed to be doing.

Fraud seems to show up a lot in the app stores.  If you search for “Messenger” thinking you will get Facebook Messenger, you will likely get instead one of a number of ad filled message monitoring apps that will cause unwanted pop up ads all over the place.

You know those Flashlight apps?  You don’t need them. You can turn on a flashlight on your phone very easy without an app.  Ditto apps with Q code and bar code readers. Your phone’s camera does that automatically without an app.  Then there are popular religious apps with bible quotes.  All of these are filled with ads.

Worst are “free” security apps like software cleaners and virus protection and “anti hacking” apps.  If you are not paying for a service, your phone is being flooded with ads.  These will hack your home screen and are sometimes very difficult to remove.

While I am on the topic, let me point out the fraud of “Freemium” games that Facebook was illegally pushing on minors at their parents expense.  Gaming fraud deserves a post all its own.

These are three areas where the internet has become the wild west.  It seems there is no software to protect yourself from fraudsters that isn’t itself also a fraud.  Promises of easy money online are just that: promises.

Want another example? Here is an article about defrauding kickstarter campaigns by publishing articles “for a fee”.  I wouldn’t be surprised if similar scam artists are defrauding gofundme pages of people trying to fund life saving medical treatments.

For every person who has gotten rich off the internet there are dozens that have lost.  It’s like in the movie Ready Player One, where if you kill a player, you collect all their gold, and the dead player has to start over at square one.  It’s a very good metaphor for internet based businesses today.

It seems that everyone has a scam to sell, and the internet has grown so thick with these scams that many actually support government and corporate take over to get rid of it.  Then only the big boys will make money online, and the economic hopes of the internet will be lost.

I’ve already lost hope that the internet would be the Great Equalizer that was promised. I suspect that what we will see is the continuous rise and fall of internet based empires.  If you want to play in this environment, my best advice is to watch your back.

5 thoughts on “State of the Internet: Filled With Fraud”